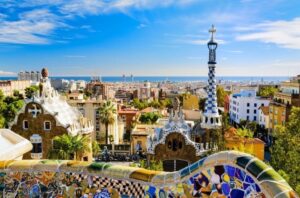 Spain has one of the largest TESOL job markets in Europe. Language schools are widely spread throughout the country as demand for ESL instruction continues to rise in a country of 47 million citizens. ESL teachers in Spain can choose to live in big cities such as Madrid, Barcelona, and Valencia, or retreat to one of the many a quiet towns.

Most schools are small private organization that were established in the mid 1990’s when Spain joined the European Union.

Spaniards have invested a lot of time and money in English language instruction, continuing to do so even during the recession. TEYL is the largest market in Spain, as it is the norm for families to send their children to a language school from September to June. Test preparation courses and private one-to-one lessons are also big ESL markets. It is very common for ESL teachers to work at a school and offer private lessons on the side. Furthermore, many Spanish people travel to the UK and Canada for summer immersion programs.

Get The Best TESOL Certification for Spain!

ESL teachers can live comfortably in Spain, earning 12 to 20 euros per hour. Rent is relatively cheap in smaller towns and the transportation system is great if you have to travel by train or subway.

The Teach English in Spain Guide provides free information on the best cities to teach in Spain, how to apply for the best jobs, and the teaching credentials that are preferred in each job market.

Apply for TESOL jobs today via OnTESOL! Contact us to get the list of English language schools in Spain and get discounts on our internationally recognized online TESOL certification courses!