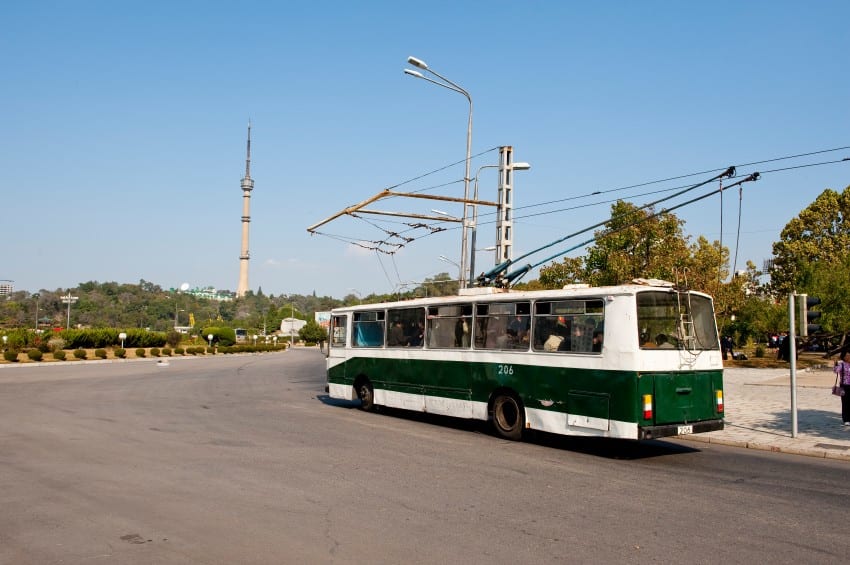 Public transportation in South Korea is great in a lot of ways. It’s generally cheap, quick, and reliable. Subways operate in only a few major cities. By far the most extensive metro system is in Seoul, with several very long and interconnecting lines.

You buy a T-money card from a kiosk in or near a subway station. Load money onto it at the station agent’s window or at an automated machine. These operate in English and Korean, the station agent may not.

You tap the card at the turnstile to enter the subway and tap it again on your way out once you’ve reached your destination, and your card is charged based on distance traveled. The subways operate until roughly midnight, a bit later on weekends.

You can pay with exact change on buses, but this can be complicated because prices may vary based on distances and you’ll have to work this out with the driver as you board, probably in Korean.

Your better bet is to use your T-money card, which also gives you a slight discount. The hardest part about riding buses is figuring out which ones are going where.

As far as I’ve seen, there is no comprehensive bus map showing the routes of Seoul buses, and though all the stops are listed in large print on the sides of buses and on bus stops, they are only listed in Korean.

In the beginning, you may want to rely on hearsay of which bus routes are useful to you and how, or simply avoid the bus if in doubt.

Your last option for getting around in cities is taxis. Sometimes you can hail them on the street by raising your hand, but many busy areas have taxi stands. Be sure that the driver is using the meter, and it is not customary to tip much if at all.

Taxis are usually painted yellow or green, but sometimes you will see black ones, which are considered “luxury” and are a bit more expensive but provide the same service.

Many streets do not have proper names, and most people you meet will not know the names of the ones that do. It’s easy to become disoriented because many streets and landmarks look very much the same to the untrained eye.

If possible, it’s easiest to have your destination written out in Korean, or to have a Korean-language map of the place you’re going on hand in case you need to ask for directions.

There are many intercity buses, and these are often a bit easier to navigate. You’ll need to buy a ticket from the city bus terminal. The ticket agent can tell you which gate number the bus will depart from, where you present your ticket to the bus driver, and off you go.

There may be stops along the way. But you will inevitably arrive at the bus terminal of another city or town.

You can also take an intercity train to get around. The KTX is a high-speed train that gets you from Seoul to Busan. It is almost across the entire country in just a few hours. It’s quiet, comfortable, and there are only a few stops along the way.

The train also has restrooms. As well as various odd snacks for purchase from a cart that comes around and vending machines at the ends of the cars.

Lastly, about an hour flight will get you from Seoul to Jeju Island at the southern tip of Korea. Domestic flights from Seoul leave from Gimpo Airport.

Since flights within Korea are short they tend to be rather inexpensive as well. Most international flights leave from Incheon International Airport, which has a shuttle train connecting to the Seoul metro system.

Are you TESOL certified? A minimum of 100-hour TESOL certificate qualifies for a higher pay level at EPIK, South Korea.